Written by Alaina Wibberly on August 18, 2016. Posted in Business 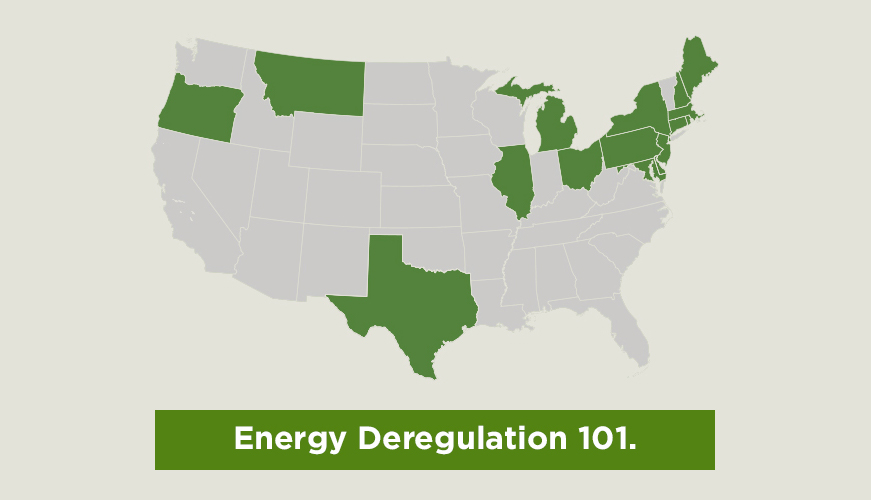 Before deregulation, the power industry was essentially made up of large, government-sanctioned monopolies. Electric utilities controlled the whole energy process from generation to transmission to distribution, and the government placed regulations on the companies to keep them from taking advantage of their customers. These rules determined how much profit utilities could make, how high they could set their rates, and what environmental standards they needed to follow. In the 1980s, however, other important industries (like airlines, railroads, and telecommunications) were deregulated. Because this process was so successful, the energy industry was inspired to follow suit.

The groundwork for deregulation was laid out in 1978 when Congress passed the Public Utilities Regulatory Policy Act (PURPA) to introduce competition into the monopoly network. PURPA allowed independent electric companies to generate power and required utilities to buy it. By the mid-1990s, the push for deregulation went beyond PURPA, and many states started breaking up the monopolies themselves. Deregulation laws required utilities to sell their electric generation plants (which were then bought by independent companies), creating a retail market for electric suppliers.

The utilities still handle billing and distribution to customers, but now the supply of power can come from independent providers rather than the utility itself. The goal of this process is to create competition between energy companies. Competition encourages suppliers to lower prices, embrace innovation, provide better service, and create new products like green energy and fixed rate pricing.

So does deregulation work?

At first, energy deregulation seemed like a failure due to its catastrophic trial run in California in 2000. Instead of lowering prices through competition, the unregulated power suppliers raised prices, making a profit for themselves while pushing the utilities toward bankruptcy and causing blackouts throughout the state.

Pennsylvania, however, took the opportunity to learn from California’s mistake. When Pennsylvania transitioned to a retail energy market, the results can only be described as a success: lower electricity prices, increased savings, and an array of new products from companies trying to sell the best deals to their customers.

Since then, many other states have deregulated their energy markets successfully. It’s become clear that the question we should be asking is not whether deregulation works, but how. Any new way of doing things has its advantages and disadvantages, and as we go forward, states are learning how to create policies that will emphasize the pros and eliminate the cons.

What energy plan is best for your business?

If you’re a small or mid-size business owner, you know that your energy costs make up a big portion of your operational… Read more 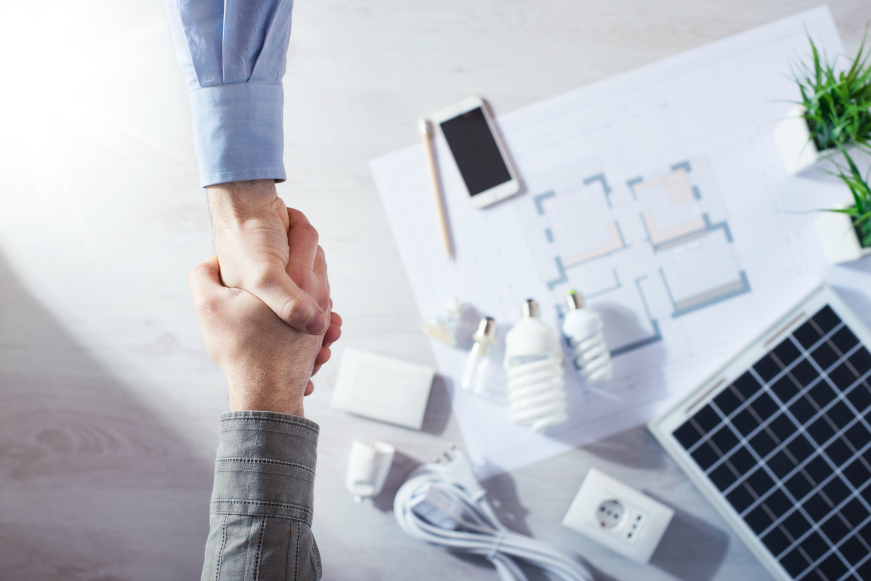 8 Tips for a Sustainable Small Business

If you own a small business, implementing sustainability practices is not only great for the environment, but it can also significantly reduce… Read more

Should You Choose a Fixed or a Variable Rate Plan?